The Cantata for Three Voices

“Three young women, on the night of the summer solstice, on the terrace of a castle in the Alps, among forests, vineyards and harvests: Laeta,  Fausta,  Beata;  one Latin, one Polish, another Egyptian; one engaged, one estranged from her husband, the third a widow (…) dream, gaze, converse and sing.”

Thus, Claudel presents this long dramatic poem, written in 1911, unique among his work and in all French literature for its melodic perfection, the depth of its themes and the grace of its meditation.

Tarik Benouarka, composer and playwright, wished for the 150th anniversary of the author’s birth to bring to light this true masterpiece of French repertoire–little known and very little played–in order to share with a wider audience the beauty of his language and the current significance of its themes.

He presents an adaptation that anchors these eternal subjects of woman and desire in a new modernity, and marries the poetry of Claudel’s words with a sensitive and inspired musical score. Because dramatic, lyrical and mystical, the Cantate is also a musical work.

The seventy-five minute theatre musical piece brings together, in an original, uncluttered set design, three talented actresses: Daniele Meyrieux, Pauline Moingeon-Valles and Mélodie Le Blay, along with a young cellist, Eléonore Siala Bernhardt, whose instrument envelopes itself around the words and music.

The work was created at the Théâtre de l’Epée de Bois-Cartoucherie, Paris, in October 2018.

BUY THE CD IN OUR STORE
Menu 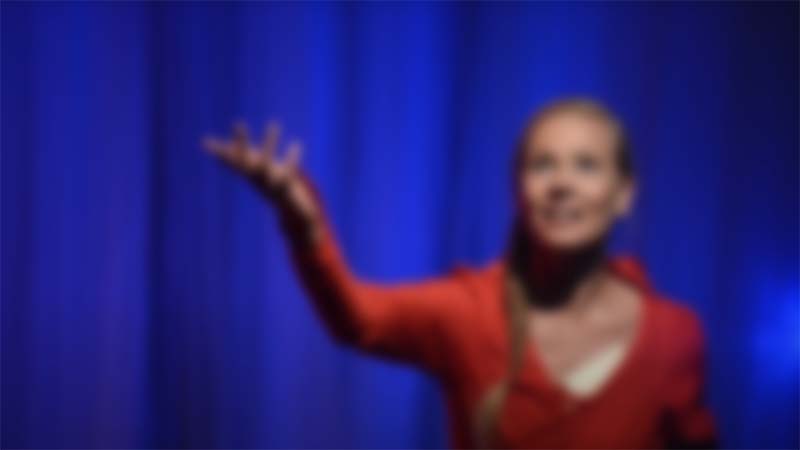 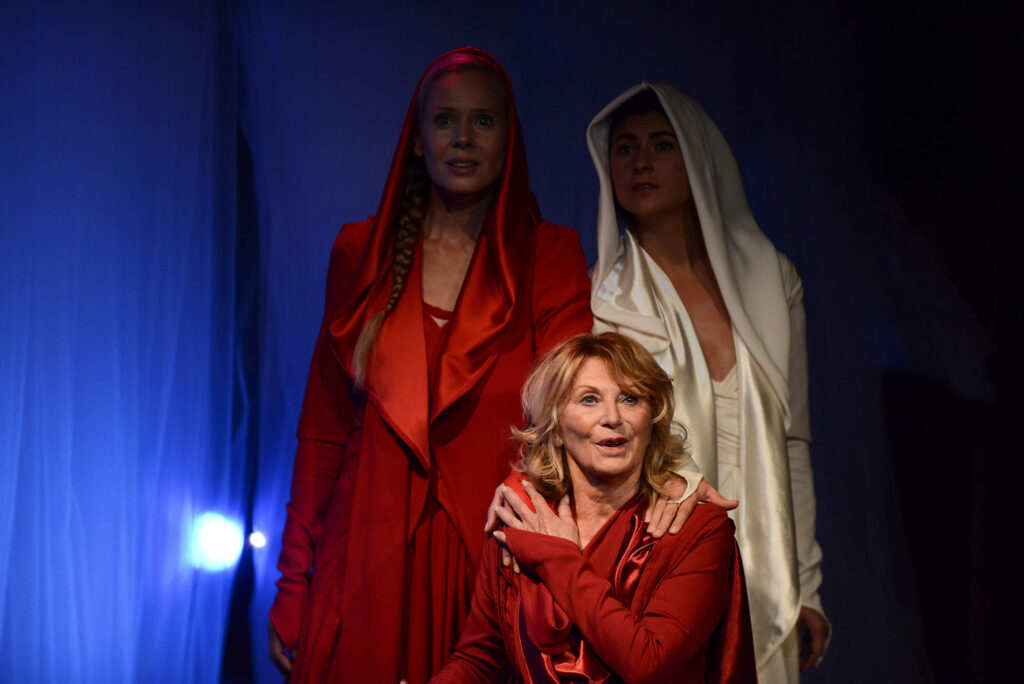 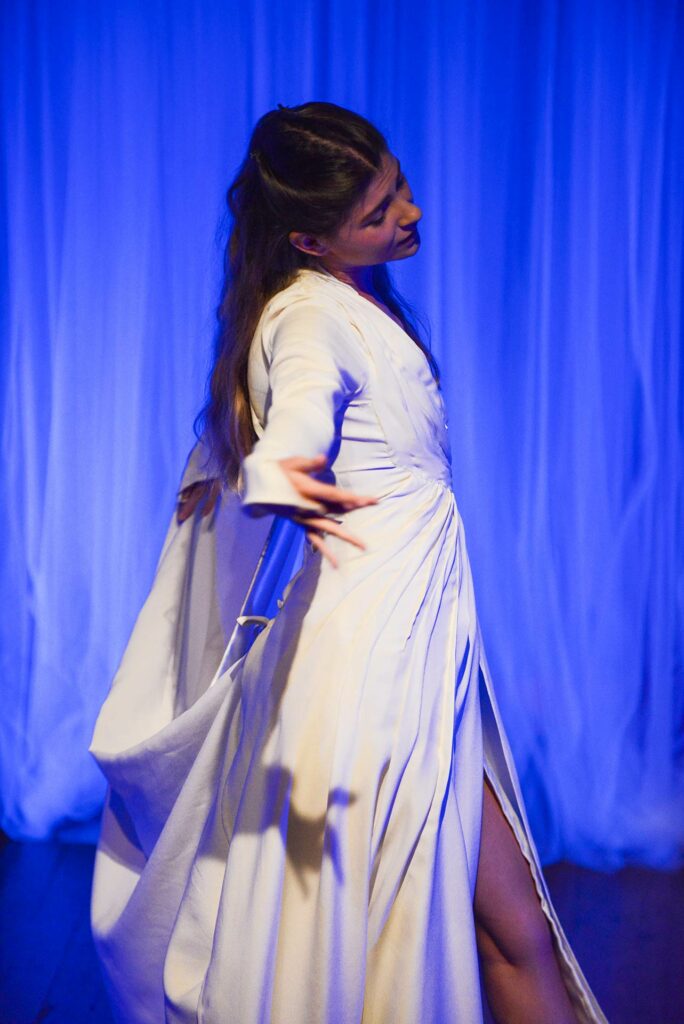 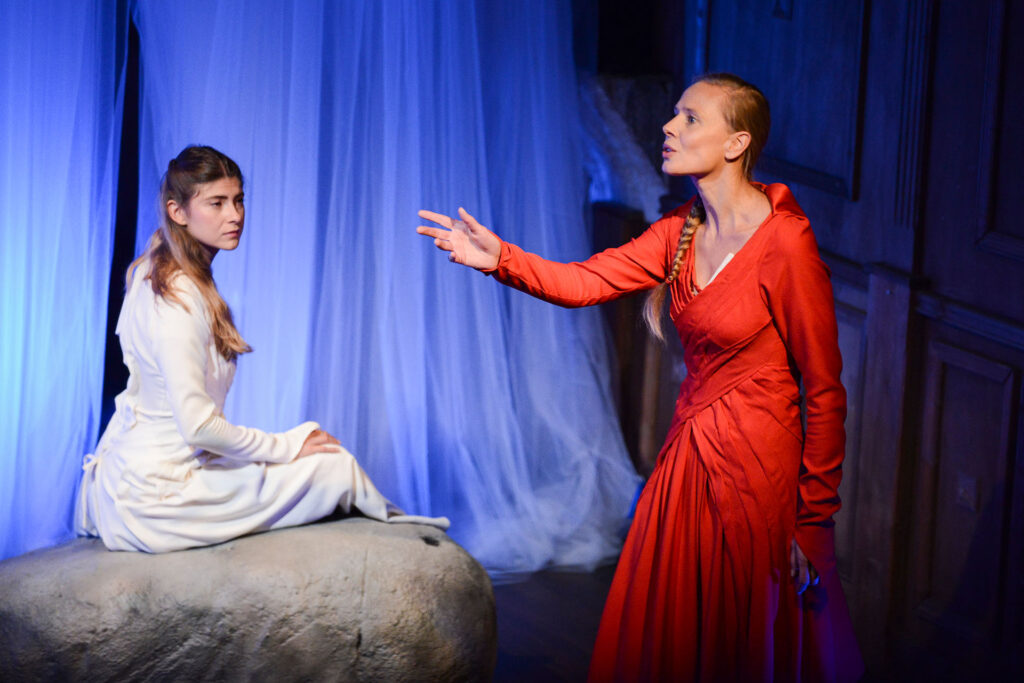 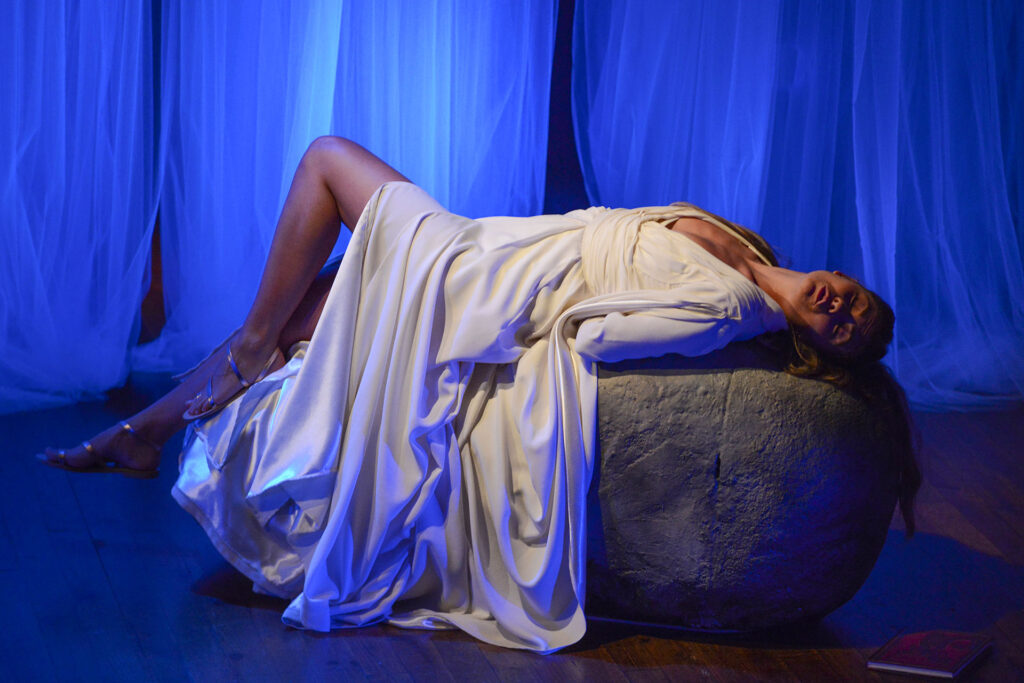 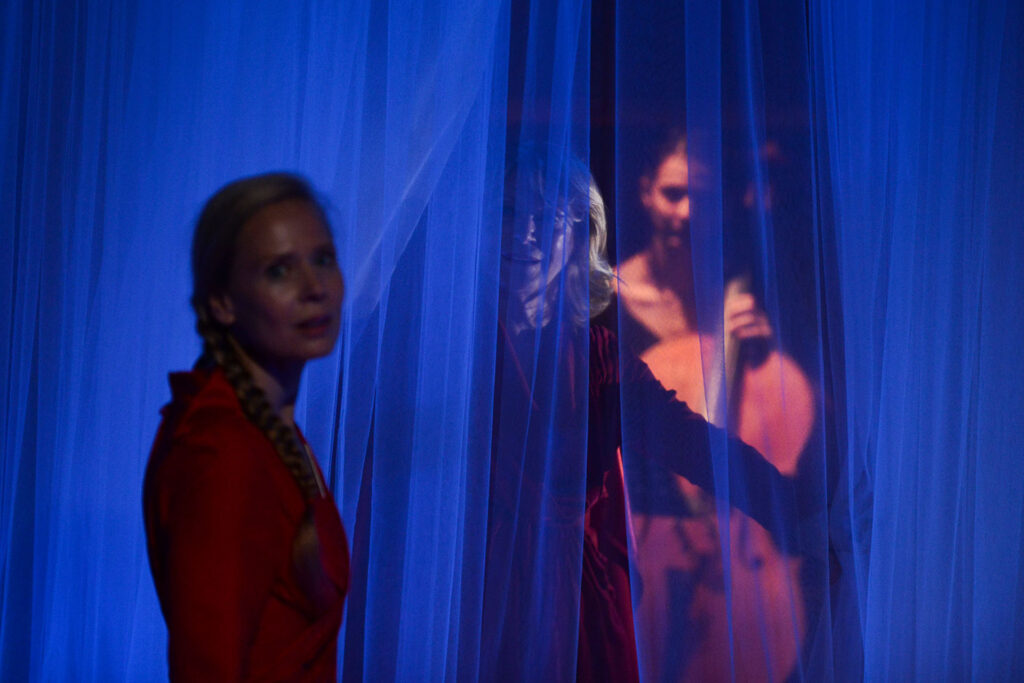 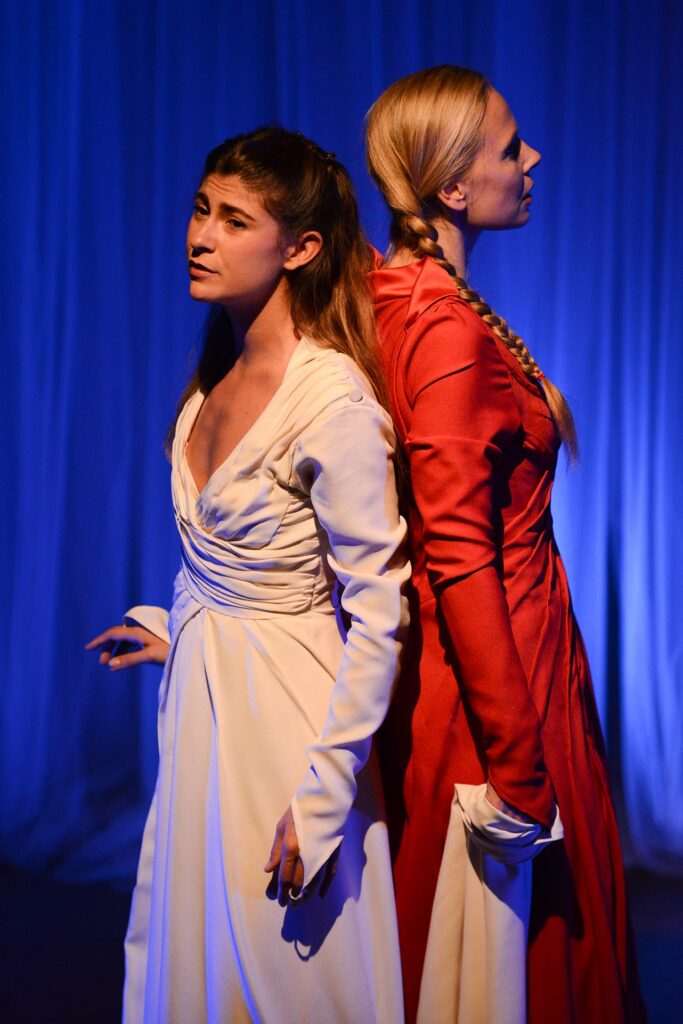 Anthem to Woman and Desire

“Happiness is of this very hour when we miss one our heart loves” Fausta in La Cantate à Trois Voix.

Laeta speaks first. She is celebrating the fiancé, the promised one. The one who is still only a dream and whom she does not know. In turn, comes Fausta… the exile… she’s talking… powerful… a warrior. She addresses the one who is so far from her and who was her companion. Finally, comes Beata. She whispers the mourning of the one who is no longer… her husband and love beyond life.

A disciple of Rimbaud and Mallarmé, Paul Claudel, virtuoso of poetic art, always in search of the great secrets of creation, in love with the dialogue of the mind and soul, gives us with the Cantata for Three Voices a work of multiple depths.

The poem, complex, symbolic and powerful, contrasts in appearance with the simplicity of its argument, to better reveal its meaning.

Dramatic, lyrical, mystical, the Cantate is also a musical work. The brief lines of dialogue are followed by hymns, long poetic monologues, centred on a theme, where each woman in turn will blend her voice with the music to celebrate desire, expectation and hope.

“Life is the furthest idea of something…

Immediately, the poem fills you with absolutes, transports you to the heart of yourself, delivers your feelings and gradually involves you in a profound journey…

Three voices, three women, three lines are embodied in this text that springs, as would three sources in the same place…

The poem inspires a music that would be beyond time, which would sometimes be tinged with sounds of nature, wind, strange sounds and meditative flow like great romantic themes, dark, joyful or deep and intertwining…

I hear like an embrace between worlds, an encounter between languages, like a musical Babel tower in which the colours of the West and the East would resonate…

The primitive music and the first movement of an Andante.

I also hear themes that would musically embody each of these women, of these voices and would leave the words of the poem all the space to fly away.

The rhythm of the sentences, the power of words inspires in me images of Sufi transhumance and nomadic defying the immensity; intimate and romantic melodies, but also the meeting of darkness and light. 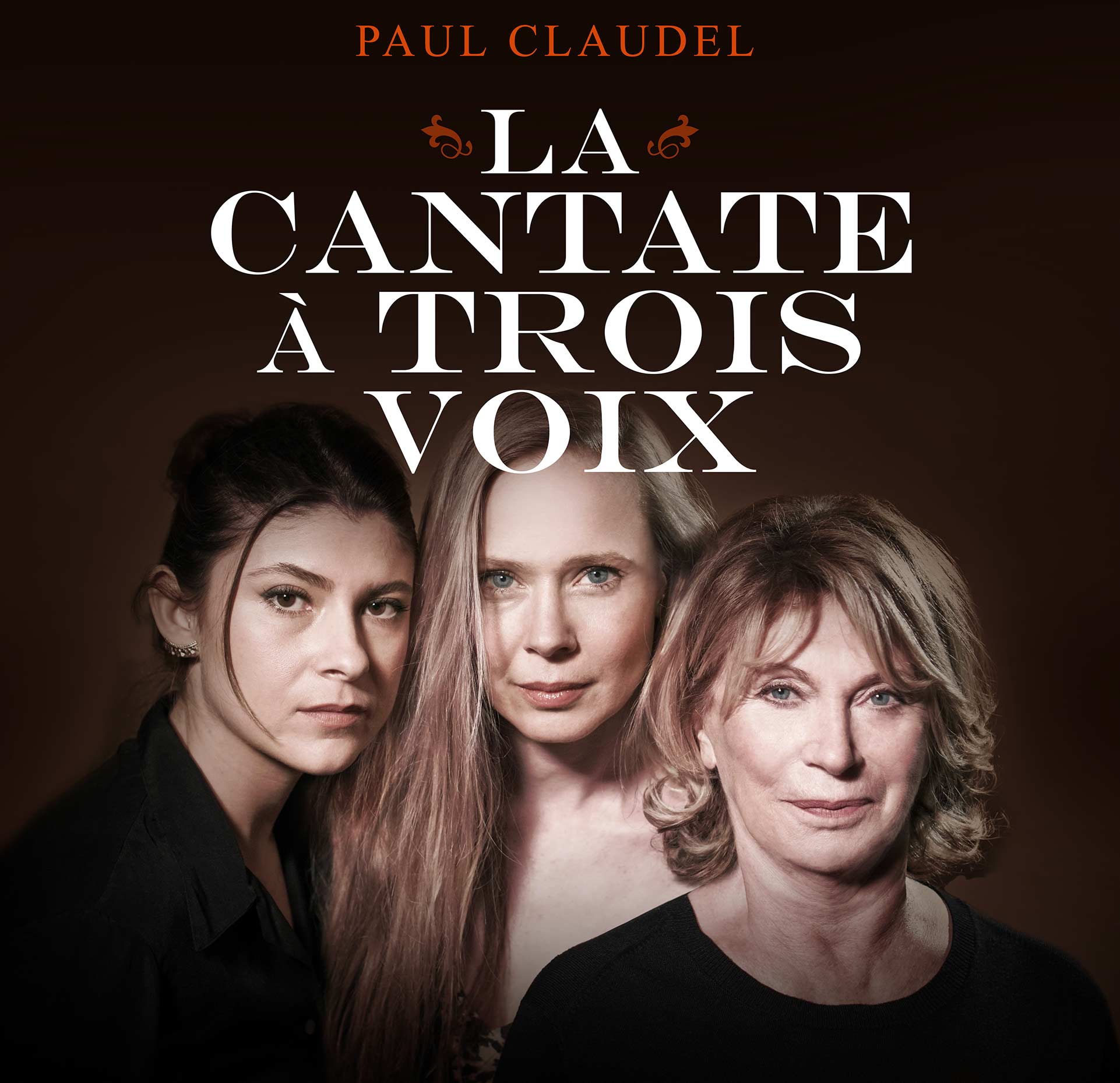 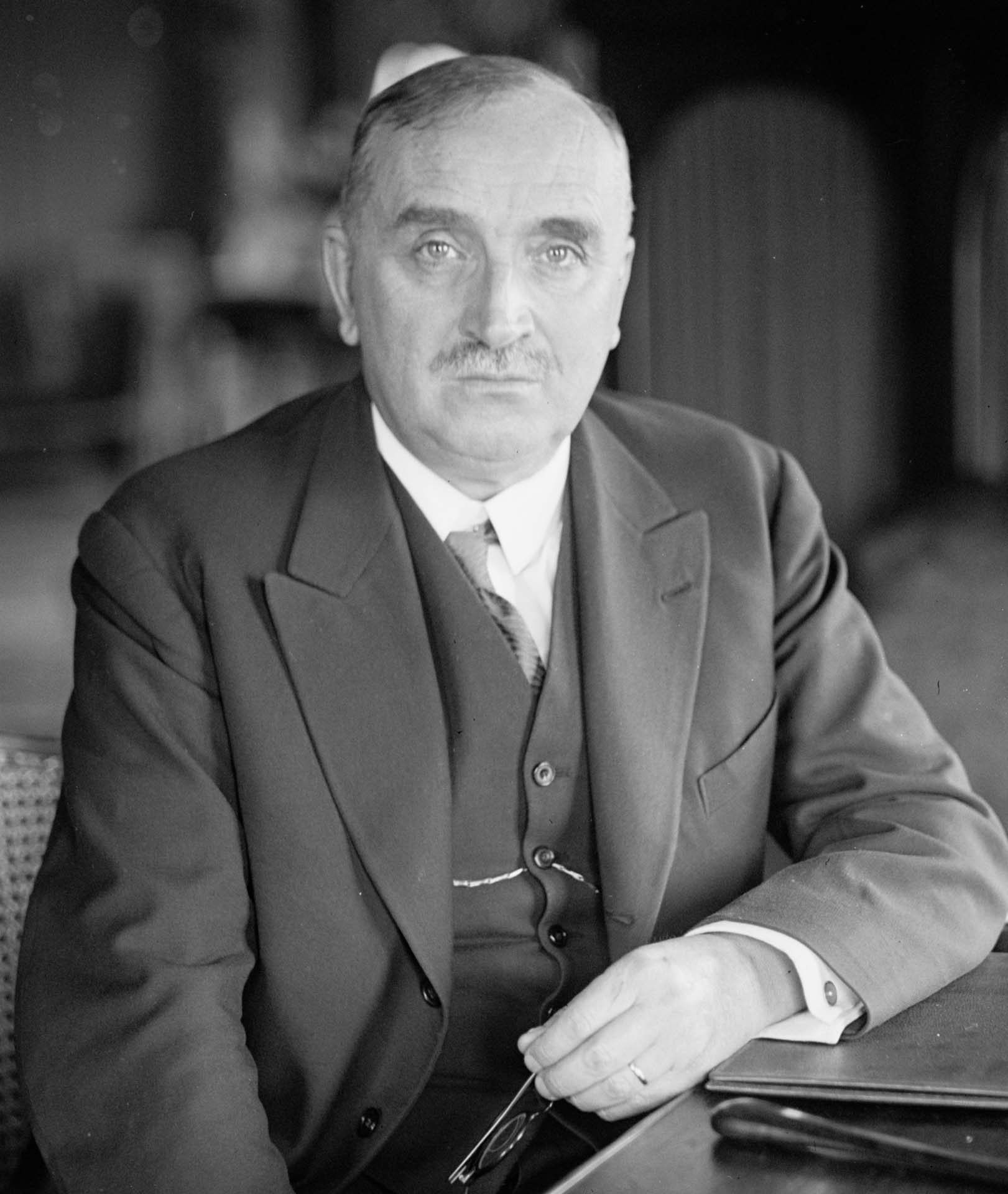 Paul Claudel’s quest in the “Cantata for Three Voices”

Claudel was 44 years old when, after returning from a stay in Prague, he spent the month of June 1911 at the Château d’Hostel in Valromey. There he rediscovers the landscapes of his childhood and composed this singular work “La Cantate à Trois Voix”.

Having travelled extensively and through his experience as a diplomat, he senses the end of a happy Europe and the beginning of another era, already felt in Central Europe, a crossroads of territories where peoples intersect and clash. These rifts will be evoked, in the Cantata, by Fausta, the Polish, the exiled, who speaks of this divided, invaded and bruised homeland.

During this spring break, Paul Claudel understands that he too, is approaching a new era… he has a burning memory of his passion for his “Ysé” but this Ysé – Rosalie Vetch, impossible love met at 30 years old on a boat that took them to Beijing – has disappeared. And so the poet in his Cantata, and indeed in many of his works – the Sharing of Midi, the Shoe of Satin…- will evoke the absence and desire of the loved one.

Claudel is a man of desire. According to him, love has beauty only if it is not accompanied by satisfaction and he cultivates an idea of impossible love. Absence and waiting are fires that burn and lead beyond oneself for endless joy, far beyond the reality of love itself.

Thus Claudel creates in “La Cantate à Trois Voix” these three women, three vestals of absence, in an instant suspended from eternity, three facets of him to evoke the inexpressible love he felt. 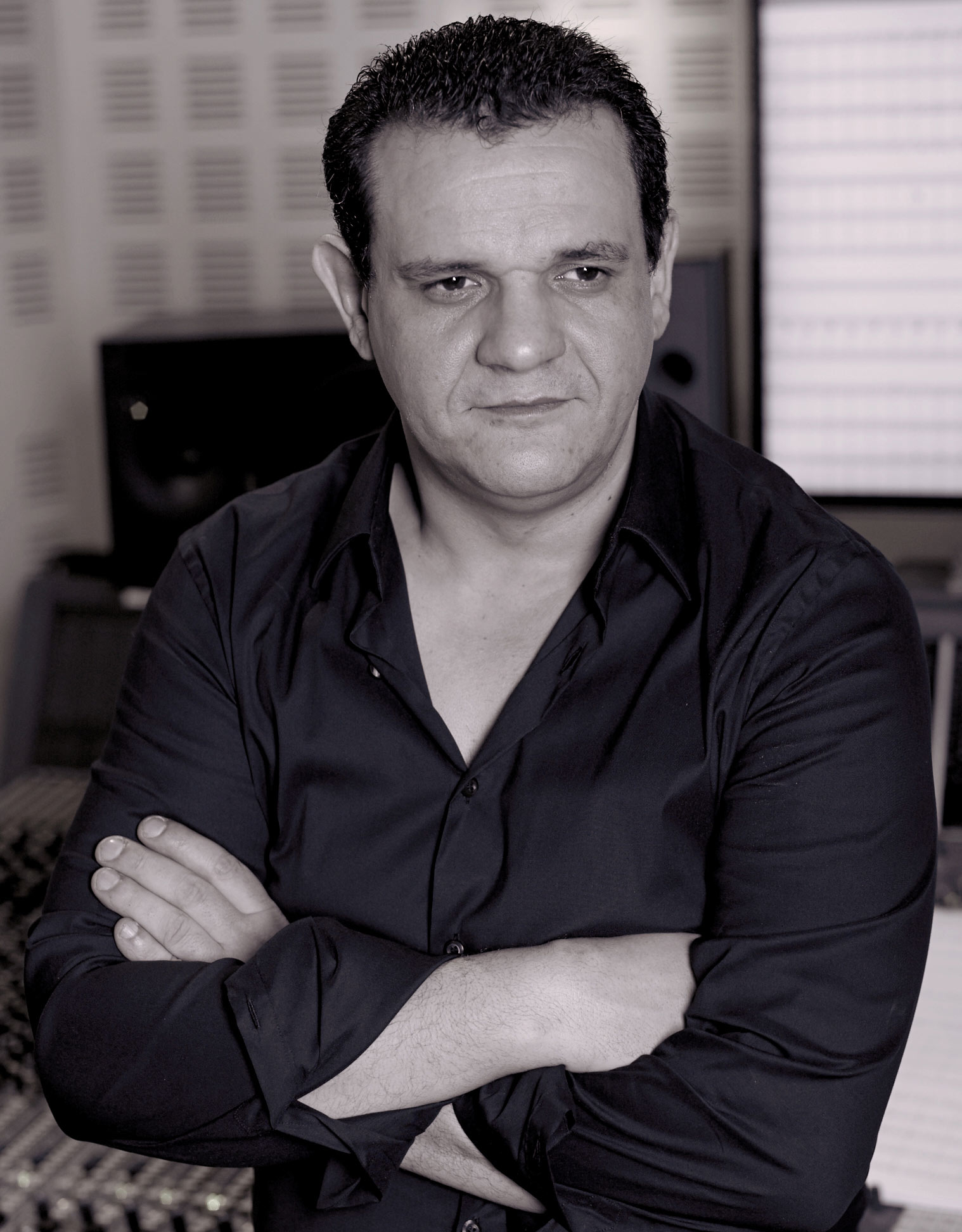 – El Nafas, Arabic-language opera
– Silencio, concerto for oboe and strings in E minor
– Ramâd, symphonic poems for piano and viola
– Issue, ballet music by Eugenie Andrin
– The Wyld, musical by Thierry Mugler
– Days and Nights of the Heart Tree, opera-ballet
– The Legend of Nere, oratorio for Organ and Choir

Three talented theatre actresses are carrying this play and have created the work in 2018 at the Théâtre de l’Epée de Bois – Cartoucherie Paris.

– Danièle Meyrieux as Beata, the widow.
– Pauline Moingeon-Vallès as Fausta, the exiled.
– Mélodie Le Blay as the young bride, Laeta.

The melody of the cello of Eleonore Siala Bernhardt punctuates and accompanies the musical composition, presented as a soundtrack, and the play of the actresses.

The scenography, deliberately purified, wants to leave the emphasis on the words and performance of the three actresses: space without decoration, dressed in a tulle, separation of reality and memory, subtle universe of lights imagined by William Orrego Garcia, vestal dresses created by Victor Feres and the melody of the cello of Eléonore Siala Bernhardt, all elements that will punctuate and serve the text and musical composition by suggesting the sensuality, the mystique of time, but also the expectation of the desired one and all the unreal  or concrete landscapes, celestial or carnal that will make us sail through a journey of  a night.  From dusk to dawn…

By Tarik Benouarka
“I wanted the staging and the music to be a shrine to the absolute grace of Claudel’s poetry.”

My reading of the work is based on the idea that femininity is a language to describe the world… It is an ode to desire; desire as another form of encounter… that of the imaginary and the real world.

I imagined La Cantate à Trois Voix as an encounter between surrealism and romanticism, embodied by a direction of actors and a music charged with paradoxical emotions and feelings that mix or collide.

Hymns are these moments of great dramatic solos where each of the heroines, in turn, chants her passion, accompanied by a musical colour of her own that will follow her throughout the work mixed with the landscapes and emotions suggested by the text. At times, the three women meet… dialogues illustrated by touches of music, mixed with sounds of nature, like the wind, rain or the tearing of a storm.

The story takes place in one setting, a single night, in an encounter without intrigues or dramas but with subtle denouement.

Entering into the words, opening up to the poems, we will travel through the memories, desires, regrets, expectations of Laeta, Beata and Fausta.

The work was created in October 2018 at the Theater de l’Epée de Bois at the Cartoucherie de Vincennes, Paris, with in the role of Beata, Daniele Meyrieux, Pauline Moingeon-Valles in the role of Fausta and Mélodie Le Blay as Laeta.

The press is talking about it

“The audience is transported thanks to graceful scenography, sumptuous costumes, bewitching music and the sublime words of Claudel…A show that glides like a dream. A delight”
Froggy’s delight

“And it’s all the strength, all the beauty, all the magic of this version of the three-voice Cantata, intended, imagined by Tarik Benouarka: it’s a success of elegance and intelligence. He imagined the Cantata not as a play but as a complete work combining theatre, religious mass and opera… It’s beautifully dramatic, quietly mystical, furiously lyrical”
La Grande Parade

“Even if poetry is not your favourite art form, when it is so well interpreted, when it is the art of writing of Claudel, rhymes can only carry you. And this is especially the case here where the place, the staging, the writing will transport you. Go without hesitation!”
Des Jeunes et des Lettres

“A reward awaits the viewer… the music play around the verse, entwining it in a feverish embrace”
La Croix 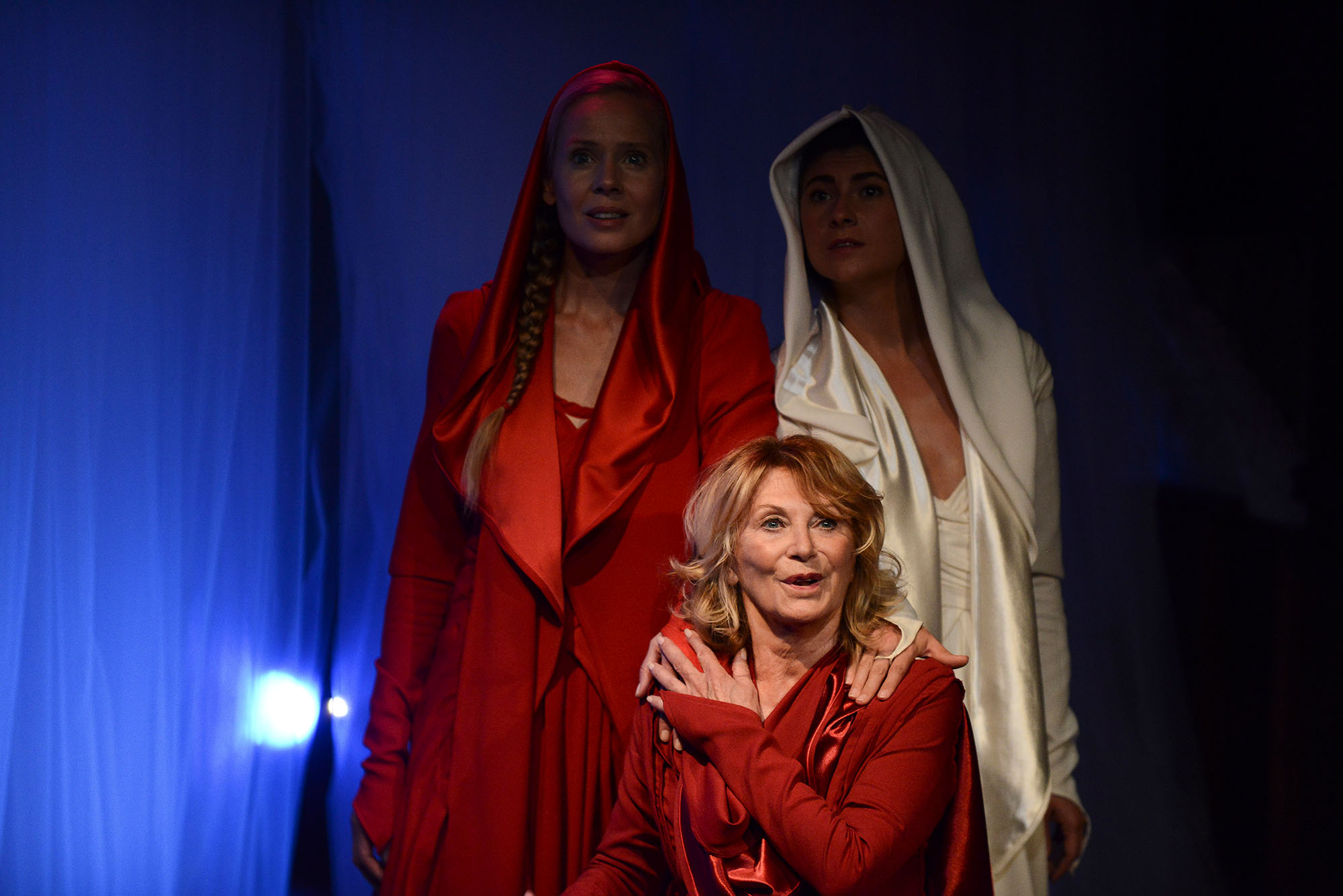